March 10th In our Literacy we have been looking at a Mid-Summer Night's Dream by William Shakespeare.

We have been exploring the story through drama with some unscripted performances. Today Mr. Delafield was in role as Duke Theseus, holding court as the children played lawyers representing Demetrius, Lysander, Hermia and Helena who are trying to get the law changed so the girls can marry the men they want to, rather than the ones that their fathers say they must.

Unfortunately, the Duke rules that "Your father is unto a god," much to the dismay of the lawyers!

Update - March 11th. We have performed a conversation between Demetrius and Helena. Helena tries to persuade Demetrius to love her but Demetrius wants none of it. A great performance on the video clip (see the link to the podcast page). 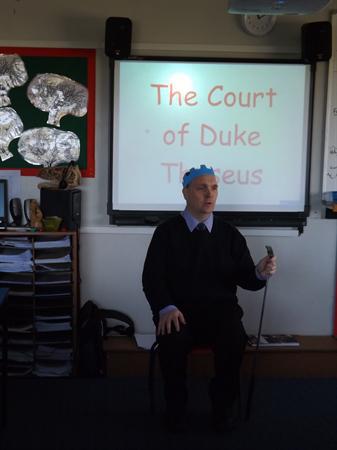 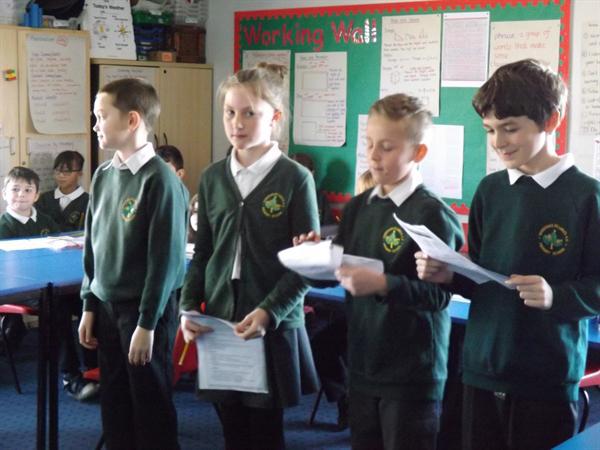 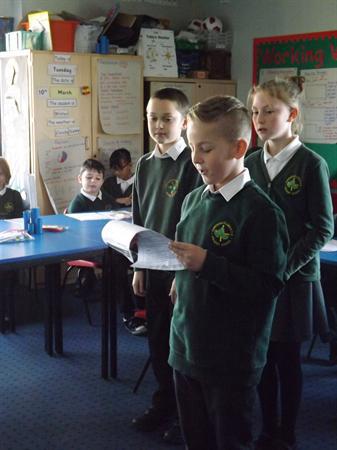 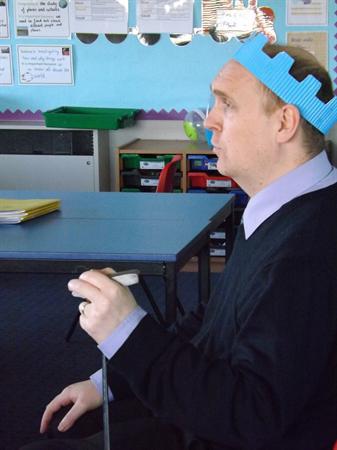 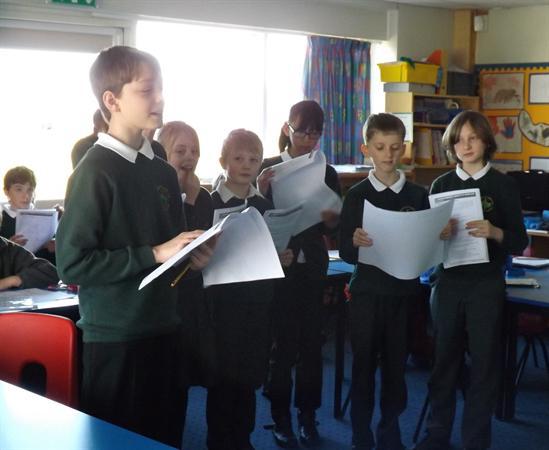 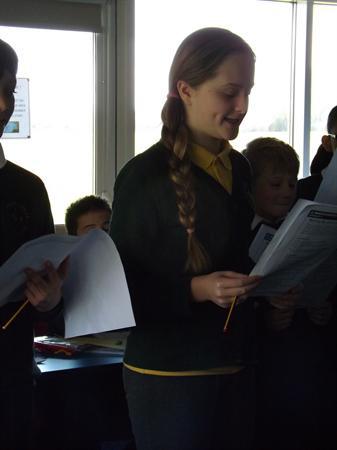 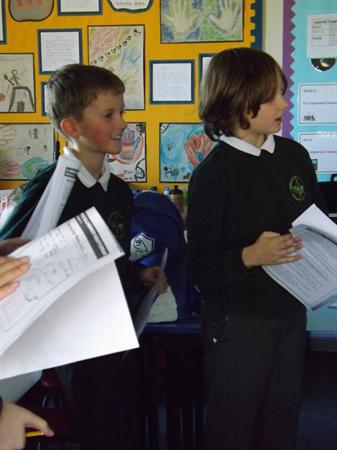